This week St Andrew’s College has joined in the national celebrations of Te Wiki O Te Reo Māori with a number of different activities. For the first time, we decided to run a Digital Scavenger Hunt that was aimed at getting ākonga (students) and kaiako (teachers) engaging in the celebrations in a fun way through using technology.

This was achieved using a Digital Scavenger Hunt, whereby students had to complete a number of tasks that accrued points based on the level of difficulty or effort required. The following poster was created using Canva and posted around the College and also on the news stream of our Moodle LMS 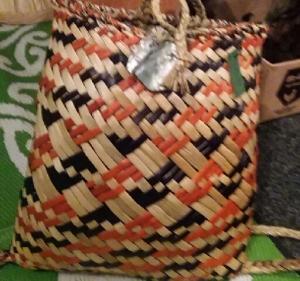 Initially, I was unsure of the best technology to get students to submit their photos and videos to a central location easily, and without needing a specific app or account. I tried to crowdsource some suggestions through my PLN (Professional Learning Network) on Twitter, with ideas of using Padlet, Cluster, Instagram and Google Drive all being suggested. I also thought about setting up an open course on our Moodle site that students could submit photos and videos for the competition through, however the reality is that it is still not super easy from a mobile phone to do this.

In the end, I settled on using the relatively new “File Request” feature that is available free with a Dropbox.com account. The beauty of this is that it significantly lowers the barrier of entry for students as:

To assist students with how to submit their entries, I made an instructional video using ScreenFlow 6  and a nice new feature in version 6 is the ability to record the screen of your mobile phone. This allowed me to show what to do on the phone to upload photos and video, whilst simultaneously showing what it looked like on the Dropbox account as the files were submitted:

The competition proved most popular in our Preparatory School, with the majority of entries coming from Year 7 students. Here are a couple of example photos that were entered: 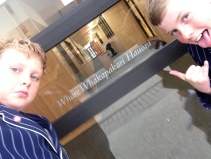 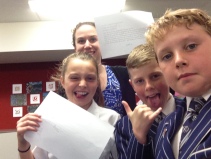 I had a chat with Mr Tom Adams, our eLearning Integrator, at the end of this competition and we both agreed that this is an idea that could be recycled easily for other purposes. Now that we know that Dropbox File Requests is an easy way to submit and receive files via mobile phones this could be used for other Digital Scavenger Hunts with a different theme.

One idea could be an orientation programme for new students, aimed to get them going around the campus to learn where different places/services are located. There are some specific apps aimed at doing this, such as Scavify, but building your own would probably not be too difficult either. In the end, this was a fun and relatively easy activity to build into our celebration of Te Reo Māori at St Andrew’s College.